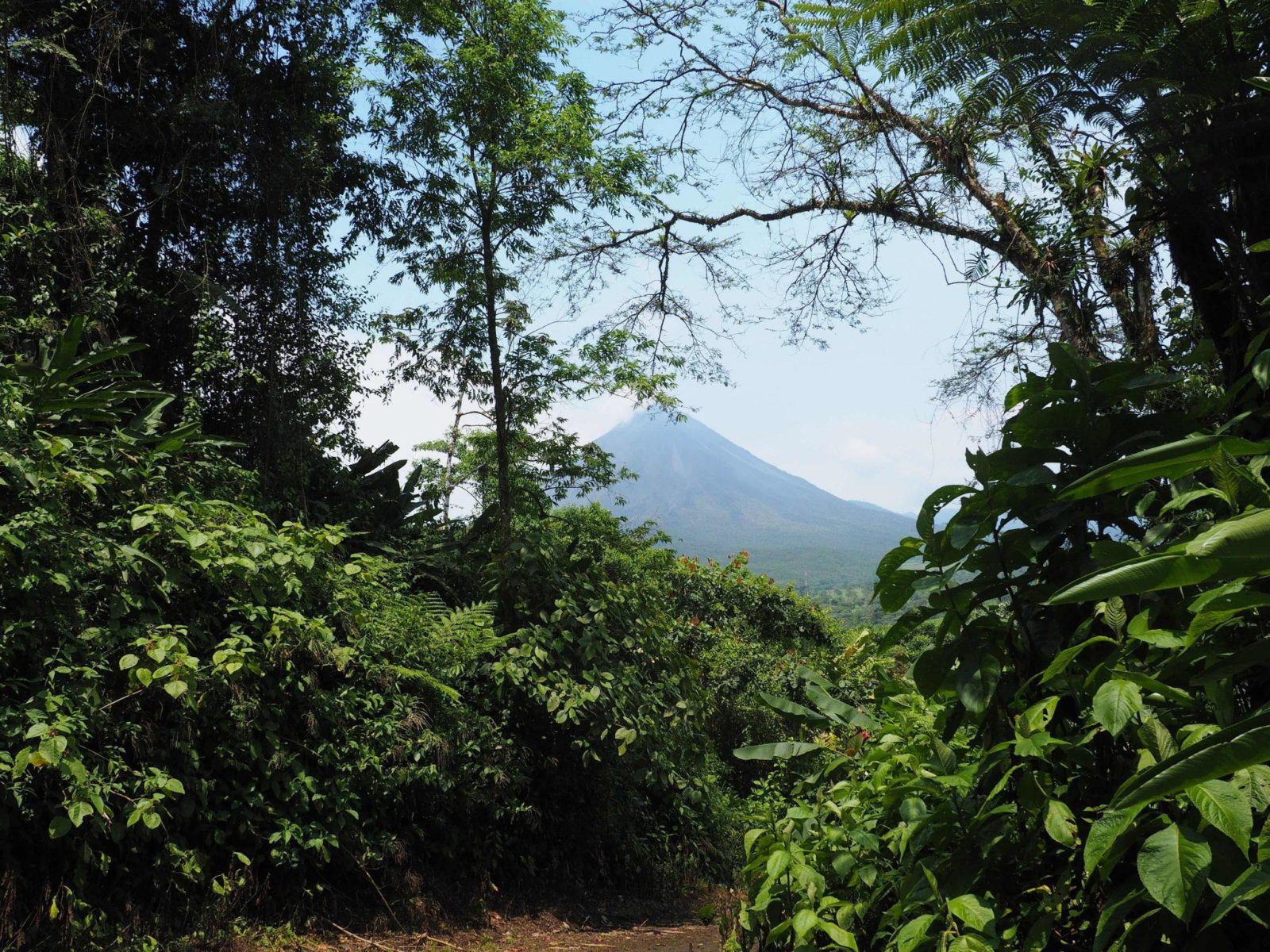 The airport near La Fortuna Costa Rica is in San Jose. La Fortuna is k to the north-west of San Jose. It is a lovely quiet town also known as the ‘gateway’ to Arenal Volcano National Park. Within the park, there are 2 volcanos, one of which is still active. One of the volcanos you can still hike up with a guide. The other you can only walk around the perimeter. La Fortuna also boasts Hot Springs, a thermal river, and rainforest trails. There are plenty of things to do in La Fortuna so it is well worth adding it to your Costa Rica Itinerary.

How to get from San Jose to La Fortuna Costa Rica 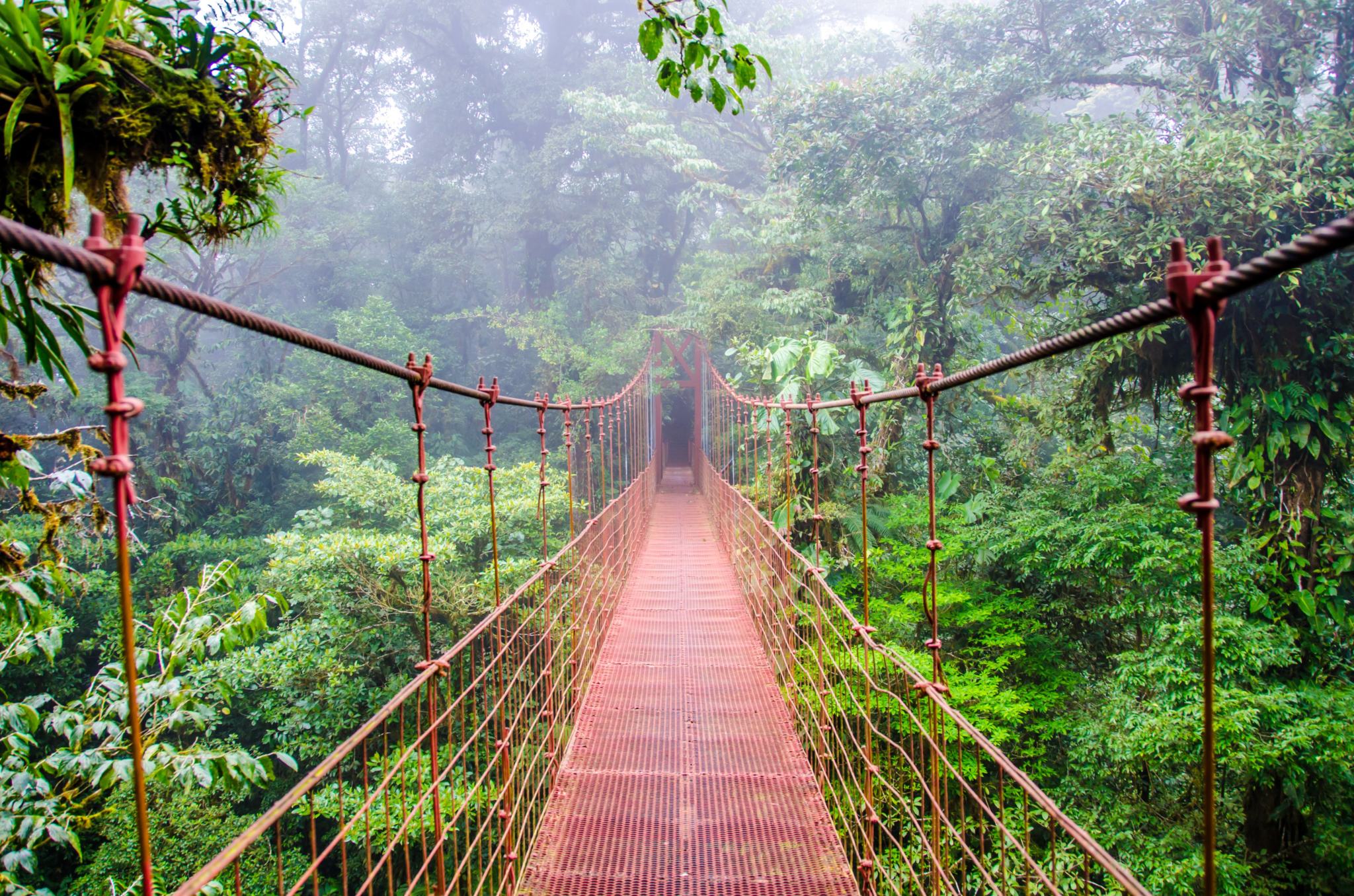 As I’m sure you can appreciate the cheapest way isn’t always the easiest. Although this was pretty simple in theory it did take me a very long time, mostly due to roadworks. Making the journey a bit of a nightmare.

If you arrive before 11:30 am then take a taxi from just outside the airport (it’s a really short walk and it will save you paying the airport taxi fee). To the bus station in Alajuela.

The San Jose airport isn’t actually in San Jose. So make sure you are clear that you DON’T want the bus station in San Jose. The taxi should cost $2-5 I paid with a $5 bill as I had no change. Good thing they were happy to take my USD in Costa Rica.

Take the bus right to the final destination Ciudad Quesada (you will go through the city) and get off at the bus station.  I did feel a little on edge here as I had read a lot of things about keeping your bag close etc. So be aware. Don’t put anything down, keep an eye on your bag. Then ask someone for the bus from Ciudad Quesada to La Fortuna. You can then buy your ticket on the bus and it should be $2.

The trip back from  La Fortuna to San Jose airport was much the same. 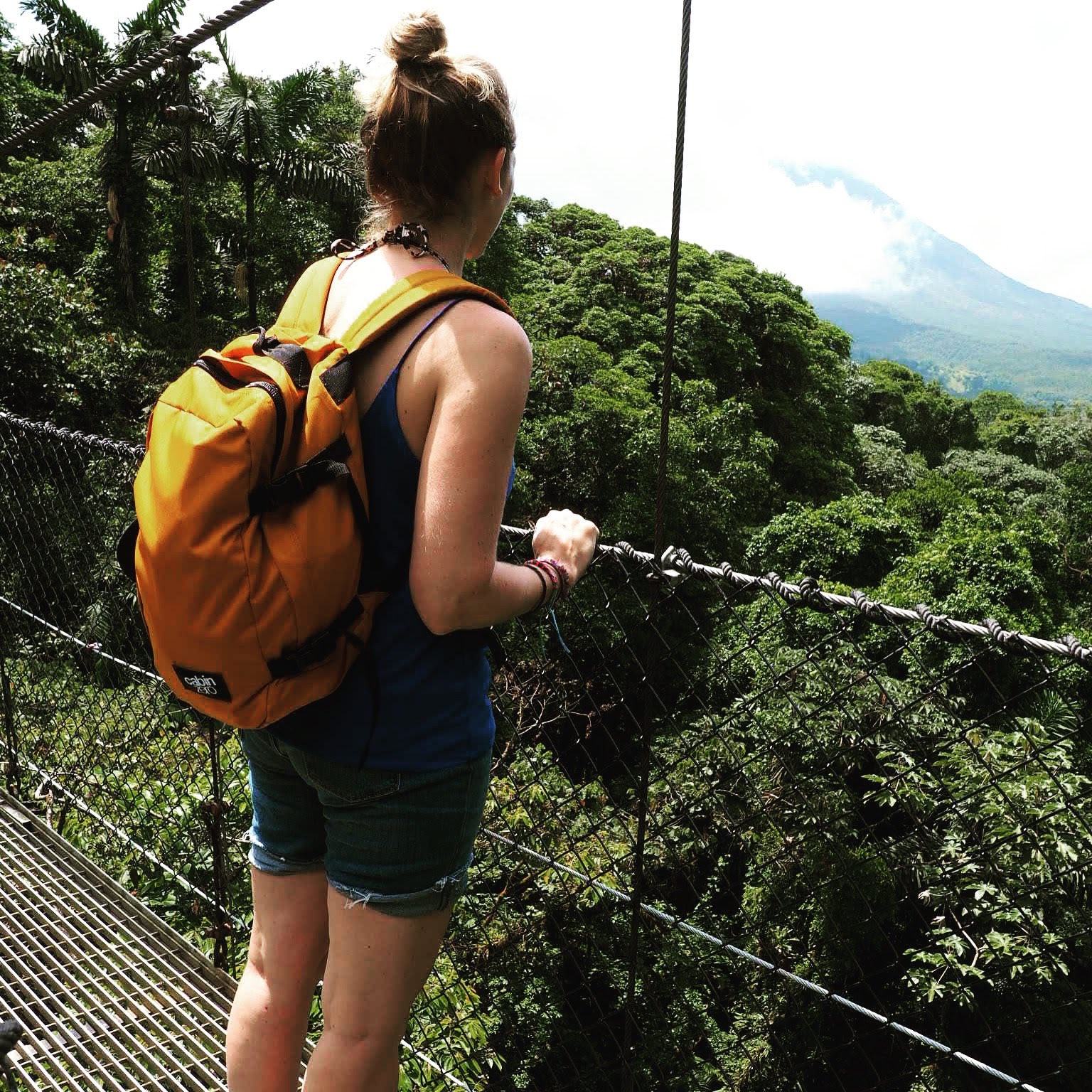 On average it should take 3-4 hours on the bus to get from the airport in San Jose to La Fortuna. It took me 6 as there was bad traffic.

I got the bus at 2:45 pm and arrived in Ciudad Quesada at 5:05 pm. There was a bus waiting there for La Fortuna that left at 5:15 pm. I arrived in La Fortuna at 8 pm. As I said this was mostly due to traffic.

I paid in US dollars as that was all I had. The total cost of the bus from San Jose to La Fortuna including the taxi from the airport was $10 USD.

Book a shuttle from San Jose to La Fortuna

If I’m totally honest, although the bus may be a bit cheaper if I had the chance to do this again, I’d book a shuttle! It is the safest and easiest way to travel as they will take you door to door. Be warned you will need to book at least 24 hours in advance. I asked when I arrived at the airport and I was turned away by everyone. It was really stressful, so don’t be like me running around the airport trying to figure out how to get to La Fortuna from the airport that wasn’t going to cost me a kidney! I strongly recommend booking through GuateGo, they can pick you at the hotel or airport and drop you at where you need to go. I used them to travel all over Guatemala and they were fantastic!

Top Tip: Make sure you buy at least one day before your arrival; you can purchase the ticket on the GuateGO website. Make sure you write down From: Santamaria airport to: La Fortuna, then select how many tickets you want and your dates. It’s as easy as that to get door to door service in Costa Rica!

You can actually use GuateGO to book all your transportation in Costa Rica, not just between San José and La Fortuna. You can also book transport from Manuel Antonio, Tamarindo, Jacó, Monteverde, pretty much all the major destinations in Costa Rica. To book a shared shuttle from San Jose to La Fortuna click here.

Another option is to speak to your hotel or resort. If you are staying at one of the resorts in La Fortuna, I would recommend choosing this option if you have the budget.

It will take around 2-3 hours depending on traffic and if you are staying in the main town or at one of the resorts on the outskirts.

Costa Rica is expensive to travel around and many places are not accessible by public bus. While I was in La Fortuna I felt so stuck as there was so much to see and do but I couldn’t get there without paying for an expensive tour. If I could do it all again I would rent a car in Costa Rica 100%.

I stayed at Lost Iguana resort outside La Fortuna and it cost me $30 for a 20-minute taxi from La Fortuna town to the resort. So if you add this on to the $10 I paid for the bus for only an extra $10 I could have got a door to door ride that would have to take 2-3 hours. So in all honesty, unless you are staying in the town get a shuttle or rent a car in Costa Rica.

Take a read of my top articles:

Things to do in La Fortuna Costa Rica | Mistico Park

What to pack for Central America

What to pack for The Rainy Season in Central America

Are You Traveling soon?

Be sure to check Skyscanner for the best flight deals.

I never travel anywhere without Travel Insurance. If you are looking for insurance be sure to check World Nomads first.

The Solo Girl’s Guide to Nepal

14 Ways to See New York City on a Budget